We Announce the Passing of Makuba 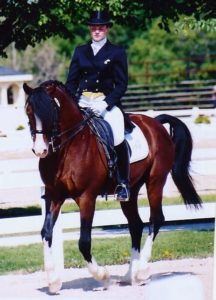 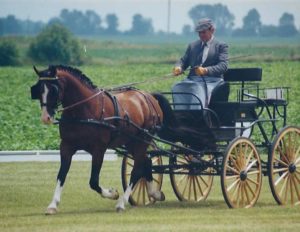 It is with great sadness that we have to announce the passing of the legendary stallion Makuba at the ripe old age of 28 years.

Our condolences go to breeder and owner Klaus Biesenthal who brought Makuba to the United States from his parents’ farm in Germany. The two have been inseparable ever since.

In addition to having sired hundreds of spectacular foals, Makuba himself excelled in the two Olympic disciplines of Dressage and Driving. Within 3 years he advanced successfully in Dressage from Training to Intermediate I levels under two young riders. His driving skills led him to the US Driving Championships.

Among his offspring are such successful sons as Markus who became US Single Driving Champion and participated as a US Team member in the Driving World Championships in France .

Makuba’s son Magnum has taken his place both in the Dressage arena and in the breeding shed, with several promising youngsters on the ground already.

We feel privileged of having had Makuba as our First Foundation Sire and are looking forward to following his young son Magnum on his way to success both in the breeding shed and in the show ring.